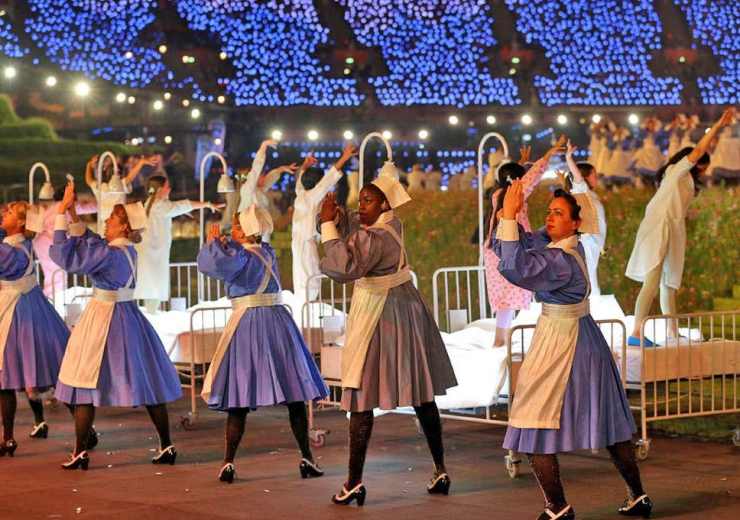 I wrote Leave the Stadium seven years ago. Honestly though, it would probably feel like something from a different world if I’d written it a few weeks ago.

I’ve been procrastinating over whether to continue my ‘All of the Days’ song diary. On the one hand, I have more time to do it now we’re all in lockdown, even with three children constantly at home. On the other hand it feels ridiculously self-indulgent still to be writing wee think pieces about my musical back catalogue in the midst of a global medical emergency.

What is an appropriate artistic response to Coronavirus though, beyond trying to provide bored, scared and isolated people with some comfort food? For many of us, the immediate imperative response has just been to survive, move your livelihood online in the face of your entire income disappearing within days. People who commission art, meanwhile, are suddenly commissioning art inspired by the Coronavirus crisis, acting on the assumption that what arts commissioners should do right now is just keep on commissioning art. Is any of this going to result in good art? It might – some of the live-streamed shows I’ve seen so far have been lovely, communal experiences – but I keep thinking of a comment playwright David Greig once made, that the best new writing about the Scottish independence referendum would probably be done five or ten years after the referendum. In the heat of the moment, it can be hard to see what it is you’re living through.

Right now, I personally have no idea how to make something artistic about this strange, unsettling moment in human history. The ground beneath our feet is shifting so rapidly, day by day, that I can barely keep my balance. Every day some new event leaves you thinking “wow, really? THIS is who we are, who we’ve been, what we put up with, what we thought was ok?’ So many things about society that previously seemed impossible to change are suddenly up for discussion. I feel constantly dizzy. It’s exhilarating, in some ways – maybe Coronavirus is as much of an incredible opportunity for human evolution as it is a deadly emergency – but it’s also terrifying and overwhelming.

Does that mean I’m not a good enough artist? It’s occurred to me, and I’m sure a lot of people have experienced a similar anxiety. And it’s intimidating, watching a musical hero like Momus creating an entire album of witty, insightful rapid responses to life in lockdown within a matter of days while I’ve written absolutely nothing. But as a meme currently going round wisely puts it, “it’s ok not to be at your most productive in the middle of a global fucking pandemic”. And that applies even to those of us who are privileged enough not to be self-isolating somewhere cramped, claustrophobic or dangerous.

Anyway, perhaps a seven-year-old song can have as much to say about this moment as a song written in the middle of it. Leave the Stadium feels relevant just now, to me anyway. It was written not long after the 2012 London Olympics, a £9bn spectacle that seemed, in some ways, like a good metaphor for being seduced and abandoned by neoliberalism, encouraged to compete with each other for prizes but eventually realising we’re just running in circles, caught in a loop, “sold down a river of Coca-Cola”.

At the time I was still trying to process my feelings about Danny Boyle’s opening ceremony, a celebration of British culture throughout history that Irvine Welsh later likened to “a Requiem mass for something that was lost”. Welsh told the Sunday Herald that it made him “really angry and really sad” and that Boyle had felt the same. As we publicly applaud the NHS from our windows each week, we would do well to remember that Boyle’s spectacular show was one of the biggest rounds of public applause the NHS has ever had. The sequence paying tribute to the NHS included hundreds of real nurses who had volunteered to be part of its cast of 10,000 volunteers, including staff and patients from Great Ormond Street Hospital. Boyle later claimed the culture secretary, Jeremy Hunt, put pressure on him to drop this part of the show. “They wanted us to reduce that or cut it or make them just walk around the ­stadium,” he told The Independent. The ceremony took place, of course, under a Conservative government. There have been three UK general elections since then, and each time Britain chose the political party that was, in all of its actions, least supportive of the NHS.

Leave the Stadium is a song that can feel hopeful or hopeless depending on what’s going on around you, especially the closing line, “time to leave the stadium”. In the short term, for me, that line meant abandoning my life-long support for the Labour party and instead campaigning for Scottish independence, which seemed to promise something different. After that campaign was lost, leaving the stadium sometimes represented giving up on politics completely. Now, I don’t know. We’re living in a moment of simultaneous emergency and opportunity. As Rebecca Solnit recently put it, “ideas that used to be seen as leftwing seem more reasonable to more people. There’s room for change that there wasn’t beforehand. It’s an opening.” In the UK the Labour party has a new leader who might actually make them electable again. Globally, this could be the wake up call that finally gets us to do something about climate change, after just a few days of lockdown transformed the skies above our cities beyond recognition. But it’s also an opening for people of all political persuasions, from US states using the lockdown to stop women having abortions to far right or religious organisations who benefit from spreading fear, confusion and apocalyptic stories.

I’m not going to start claiming this song was prescient or anything – I’m generally terrible at accurately predicting the future – but the lyrics in the climactic section of the song do seem quite timely in this era of ‘fake news’:

Since everything that we’ve been sold as a dream is just slogans and fakery
You’d think that by now we’d have got to a point where we don’t believe in anything
But somehow each day we still wake up and hope it will all amount to something.

Somehow each day I still wake up and hope it will all amount to something.